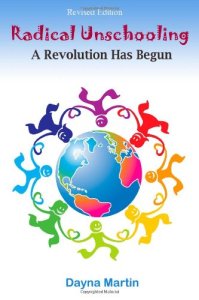 What does it take to AWAKEN WITH PURPOSE? Featured Guest: Prana Boosters Dayna Martin & Amy Lee33

Hi Prana Boosters! Have you ever wondered what it would be like to grow up in a home where you didn’t have to go to school and would be encouraged to learn anything and everything that felt true to your heart? Imagine being raised without ever getting punished and just being loved unconditionally. Please join us on our next Prana Boost Radio Podcast as I will have the pleasure of welcoming to the show, my guest, Dayna Martin to discuss her “Radical” ways of life (which are very similar to ours) and how she and her family are co-creating a family based on a Partnership Paradigm. She has authored this amazing inspirational book, Radical Unschooling: A Revolution Has Begun. I also had the pleasure of having Amy Lee33 join us on this interview since in November of 2014, the Martin family grew by 1! They unofficially adopted Amy Lee into their family and look forward to an amazing future together traveling the world, making videos and advocating for Peace, Love, and Freedom! Amy Lee is a beautiful Prana Booster as well as a YouTube superstar for her daily Minecraft videos. I am so excited to connect with both these amazing women and all of you as we share their beautiful stories from their lives so far.

Dayna Martin has been inspiring others for over a decade by sharing her experience through natural birth, attachment parenting and Unschooling. She is an activist, educator and author of, Radical Unschooling: A Revolution Has Begun, and her newest book, Sexy Birth. Dayna has proudly advocated for Radical Unschooling through the media for the last eight years. This has allowed thousands of other parents to learn about Unschooling and to proudly live their lives without fear. The movement of Unschooling is growing tremendously thanks to her bravery and unrelenting drive to share Unschooling with the world. Her choice to live out loud is one with powerful inspiration that is changing the world and offering more respect, peace and freedom to families worldwide.

Dayna been featured on Dr. Phil, CNN, Nightline, Australia’s most popular morning news program, Morning Sunrise, The Jeff Probst Show, ABC’s hit show, Wife Swap, Fox News, 60 Minutes Australia and the Bethenny Show. She was used as an informational resource for Unschooling stories on the Discovery Channel, The Today Show and Our America on the OWN Network and was even filmed for 12 hours for the Oprah Winfrey Show. She travels the world as the UnNanny, and is a featured speaker at the major parenting and education conferences worldwide. Dayna recorded and uploaded the first video ever, about Unschooling for YouTube!

Click here to purchase her amazing book, Radical Unschooling: A Revolution Has Begun