Would you like to play a friendly game of EGO-OPOLY? 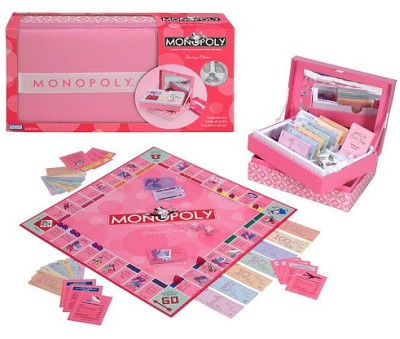 *NOTE/Disclaimer: This is actually a blog I wrote years ago, but never shared. I wasn’t yet really speaking up and sharing much publicly, but I feel it’s very important to get these messages out. I know this is a very popular game and (“EVERYONE” KNOWS IT AND PLAYS IT) however, I always want other people to know that just because it is very popular, doesn’t mean your child will automatically love it. Some will, some won’t. In our family, we focus on Prana Boosting, Manifesting, Raising Our Vibration, Co-Creation, Mindfulness, Crystal Healing, Balancing Chakras, Manifesting, Abundance, Love & Light so this game, energetically didn’t align with us and even just at the time. This is not to say we or they wouldn’t think of playing it again ever in the future and we don’t say we won’t, but no one yet has had the desire to play or feel this way. This is important to share because I teach “Feeling Your Way Through Parenting.” Of course, we couldn’t know before that this is how it would FEEL to our family to play and because we allow emotions and believe that even though we may not always understand why someone is triggered we need to honor these feelings. We are not judging others, merely going through life listening to our own needs, emotions, intuition and feelings.

When I found out I was pregnant for the 2nd time and we were going to have another girl, I bought lots of pink things. I bought a pink double stroller, pink kitchen tools, pink blankies and our very own PINK GIRLS BOUTIQUE VERSION of one of the most popular games in the world. More than 275 million sets sold in 43 languages and 111 countries, with more than a billion players of the many versions of this game. Here is what happened when our girls were 6 & 8 and we played our FIRST & LAST GAME OF MONOPOLY.

So we just sat down to play our first game of Monopoly with our girlies…6 and 8…all excited, ready to go, explaining how to play, handing out money. We were playing a very very pink girlie edition I bought when Gabi was born, after I knew we would have 2 girls! First fight/disagreement/sadness/challenge, it had to be decided who would be the very cute silver doggie token character? Even though there were other choices, they both wanted to be the doggie. Ok, so since they couldn’t decide who would get to be it, we asked them what might feel like a good solution. They had an idea to play with their Littlest Pet Shop Characters instead. This was sooooo cute! I was a ladybug, named Lady, Isabella was a panda, named Little Light, Gabi was a dog, named Cozy and Alan was a turtle named Squashinski…yes, he made up that name. All was well until our oldest, Isabella landed on a property and Alan and I suggested she buy it, but wait, she didn’t want that property. She had no desire to own a nail salon. Then, her next turn she rolled and got the Go To Jail…first, you should know our girls won’t t even say this word, Jail. They kind of know what it is, but do not like this word.

So we decided it would be “Go to Hawaii” and covered it with a piece of paper…well Isabella went to “Hawaii” twice (Can you say Law of Attraction: we get what we focus on whether we want it or not) in between many tears and sadness…it didn’t help, she didn’t like being “in trouble.”  (Especially since they have never been punished in real life.) Bella ran away from the game 3 times, freaked out yelled, made faces at us and lost her mind at us. I can tell you I was a bit sad when Alan bought the hair salon I wanted…Bella wanted to buy the restaurant Alan bought, Gabi had the most property…someone was going to lose, just reading the instructions & the idea mirrored real life: to mortgage and buy and charge rent and you can even go bankrupt.

I don’t know about you, but our little crystal (energy/highly sensitive children) kids couldn’t even handle the concepts of this game without getting upset. Who would want to be afraid of money in life and play a game in their free time that focuses on winning, competition, hoping your competitors lose all their money, pay you a lot for your property and you or them could go bankrupt for pretend/for fun?

The concepts developed in 1934 when Monopoly was invented did not feel good to our family in 2012. The big fight came when Bella wanted all of us to stop playing, our egos replied to her and said, “Well, you can stop if you don’t like playing, but we are going to play still.” Emotions grew fast, Bella was yelling & crying, Alan started yelling back at her, I was yellinng at Alan to stop yelling at Bella and said what is happening in my supposed nonviolent house. This game was dividing us. It was causing a separation.

It caused us to do something we are not used to, it was causing us to PLAY against each other. In our life/family, we like to help each other and play and solve things together…doing it apart did not work for any of us. I believe in the end with Gabi being 6 she would have won, she was having fun doing math, counting money and collecting all the property. She wouldn’t even trade me a green property for my orange because she liked getting (and she is 6) rent of $28…the one I would trade her would only collect $18 rent. Gosh how fast we learn…

So I said we could donate the game and Bella said no, we should throw it out so no one competes and learns to take other people’s money so we can stop living like that in real life. She said if we donate it other people will fight and not have fun and compete. We actually do not promote competition in our family. It’s part of our dream for a better world where people COEXIST AND COLLABORATE  rather than compete. Competition is the opposite of coexisting. Our kids are here to initiate a change in the world that we all believe is possible. A world where we don’t compete against each other our only competition is us working on our own growth and spirituality to improve the person WE were yesterday.

As long as we are here, we are growing and as Maya Angelou says, “When we know better, we do better.” We cannot live in a world where we are against another human. We are all important and there is enough to go around. We all have a spark and we are all here for a reason and we all have a purpose!

The Law of Attraction says what you focus on expands. How can we spend our free time playing a game that teaches our ego to come out, taunts it, then goes after our fellow players and tries to bankrupt them. Yes, you may say it is a game, but does it sound very different from real life??????? Collecting rent, taxes, real estate, ownership, conquer and divide! Not really the way we in our family typically focus to create our world. Yes, it may be real life for some, but let’s spend our free time creating and thinking about a new way of life, so it can BE! and so it is! 🙂

Tonight after the Monopoly blow out we reunited, with a Balodi family sandwich/hug! We reconnected after our disconnection…this is more than saying sorry and sometimes it is not when a solution comes, but it’s when everyone has had time to put their oxygen mask on and we reconnect with ourselves, we can then reconnect to each other. Once reconnected as a family we can then move forward thinking what’s next? A solution, play, don’t play doesn’t matter, just matters we reconnected and we all get to decide how to move forward in a way that feels good to everyone. We nick named this event/game in our family, Ego-opoly because it sure did trigger our egos LOL.